Born to free parents in Delaware, a slave state, Mary Ann Shadd was the eldest of 13 children. She was educated by Quakers and later taught throughout the northeastern United States, including New York City. Following in the footsteps of her activist parents, whose home was a safe house (or “station”) on the Underground Railroad, Shadd pursued community activism upon settling in Canada.

On 10 September 1851, at St. Lawrence Hall,  Mary Ann Shadd attended the first North American Convention of Coloured Freemen held outside of the United States. The event was presided over by Henry Bibb, Josiah Henson, J.T. Fisher, as well as other prominent figures, and was attended by hundreds of Black community leaders from all over Canada, the northern United States, and England. Many Convention delegates encouraged enslaved Americans and refugees from enslavement to enter Canada. The year before, the United States had passed the Fugitive Slave Act, which allowed slave owners to recapture escaped enslaved persons in states where enslavement had been abolished.

At the Convention, Henry and Mary Bibb, activists and publishers of the newspaper Voice of the Fugitive, met and convinced Shadd to take a teaching position near their home in Sandwich (now Windsor), Canada West. After settling there in 1851, Shadd set up a racially integrated school that was open to all who could afford to attend (education was not publicly provided at that time). The school was opened with financial support from the American Missionary Association.

Shadd wrote educational booklets that outlined the advantages of Canada for settlers moving north, including A Plea for Emigration; or Notes of Canada West (1852). About this time, Shadd, who opposed segregated schools for Black children, engaged in a heated debate with Henry and Mary Bibb, who favoured segregation. The dispute informed many editorials written by the Bibbs and Shadd in Voice of the Fugitive. As a result of the public dispute, Shadd lost funding from the American Missionary Association for her school.

An estimated 30,000 to 40,000 freedom-seekers — born free or enslaved — reached Canada through the Underground Railroad. In 1850, over 35,000 Black persons lived in Canada West. To promote emigration to Canada, Mary Ann Shadd publicized the successes of Black persons living in freedom in Canada through The Provincial Freeman, a weekly newspaper first printed on 24 March 1853. This made Shadd the first Black woman in North America to publish a newspaper, and one of the first female journalists in Canada. “Self-Reliance Is the True Road to Independence” was the paper’s motto. The newspaper figured prominent anti-slavery authors and even promoted women’s rights.

Co-edited by Samuel Ringgold Ward, a well-known public speaker and escaped enslaved person living in Toronto, the paper was published from Windsor (1853–1854), Toronto (1854–1855) and Chatham (1855–1857). While Ward was listed as editor on the paper’s masthead, Shadd did not list her own name, or take any credit for articles written by her, thus concealing the paper’s female editorship. By 1860, the paper had succumbed to financial pressure and folded. 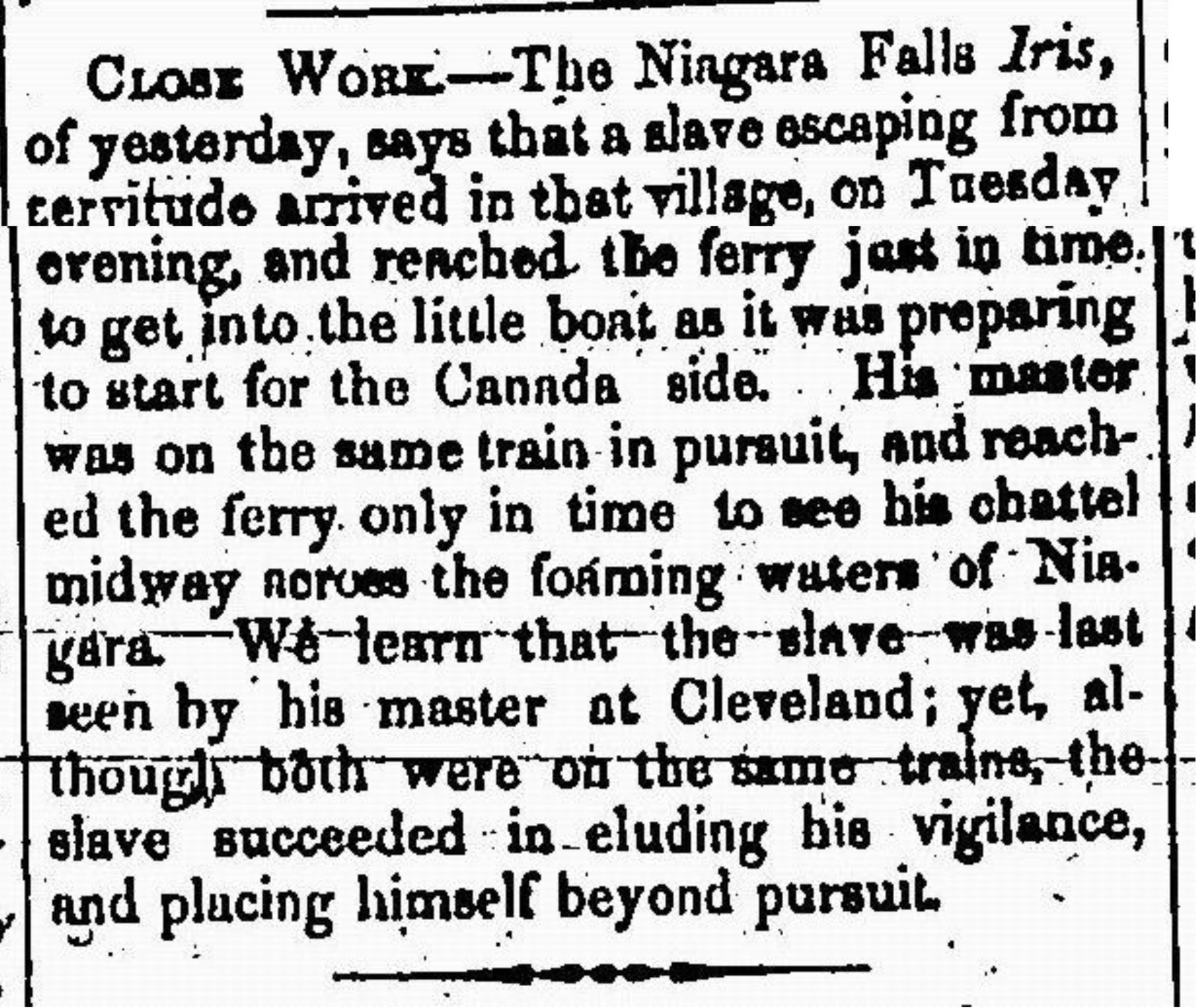 After spending the first few years of the American Civil War as a schoolteacher in Chatham, Mary Ann Shadd returned to the United States and began work as a recruitment agent for the Union Army. Later, she moved to Washington, DC, where she worked as a teacher. Years after, Shadd pursued law studies at Howard University and in 1883 became one of the first Black women to complete a law degree. 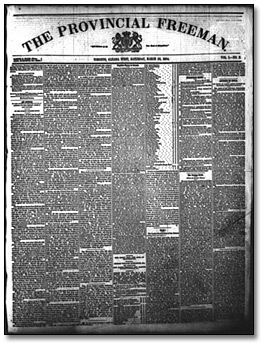 For her work as a newspaper editor and for her community leadership, Mary Ann Shadd was recognized as a Person of National Historic Significance by the Government of Canada in 1994.

On 9 October 2020, she was featured as a Google Doodle by Michelle Theodore for her 197th birthday. The Doodle honoured her legacy as the first Black female newspaper publisher in North America and for her advocacy for the abolition of slavery and for women’s suffrage.